When Justin’s wife Jenny was growing up her mother had a 1965 Mustang. Jenny thought the world of it. The family grew, so they had to get rid of the Mustang, but Jenny always wanted a red one for herself.

When Jenny was 21, she and Justin were about to get married. A month before their wedding her mother passed away from pancreatic cancer. It was very quick, roughly 57 days from diagnoses to her passing. Justin and Jenny were married 42 days after her passing.

This year he and Jenny celebrate their twentieth anniversary and Justin was looking everywhere for ideas. Traditional china simply did not reflect her or this milestone in their relationship adequately. The modern platinum does aptly symbolize their strength and endurance, but Justin wanted to get something truly meaningful.

Justin started his search for a Mustang like the one her mom had, but it had to be right. He knew the Mustang had to be automatic, for Jenny cannot drive manual. Her mother drove a standard Mustang, but Jenny never had a chance to learn since both of her parent’s Mustangs were sold before she was old enough to get a learning permit. He also knew it had to be red in color. Jenny’s mom had one that was maroon, but according to Jenny, “maroon was an old lady’s car.”

Justin had been looking for roughly eight months before he saw the one in the Scottdale Showroom. It took that long for a few reasons. He might find one that would work, only to find it was standard transmission. Or he would find one, but it had one issue or another, or worse it was a restomod with subwoofers and other modernizations. Justin wanted the original touch, like that of what Jenny’s mother had. It was important for the vehicle to reflect the era of when her mother owned one. He wanted authenticity.

After an exhaustive search, Justin found this 1965 Mustang in the Scottsdale Showroom that was perfect. It was a clean, show quality GT Convertible with a traditional A Code 289 V8 engine that was rebuilt in 2017. Justin immediately connected with Allan Wiesing (Lead Sales Associate for Scottsdale) to discuss it and how to get it to the Dallas area.

Justin immediately asked him “would you let your wife or daughter drive this car?” To which Allan simply said, “yes” without equivocation. Justin explained it was one of those things where he could believe Allen.

Justin felt this comfortable because he said Allan went “above and beyond” making sure Justin was satisfied. “Allan was top notch. If there was something I asked of him to do, he would. He even gave me his personal cell number to send requested photos more efficiently. He even crawled underneath the car for a specific photo. Allan was patient and a real trooper,” Justin explained.

Justin is a real estate agent and has a good friend who happens to live across the street from one of his listings. He had the car delivered to her house. Upon delivery Justin could not wait and gave it to Jenny early. The loss of her mother so quickly taught him to enjoy every moment in the moment. 57 days from now could be completely different than as it is today. Besides, the last thing he wanted to do was to have a car that cool sitting in storage waiting for the right time.

He was so excited, for the car was only parked in his friend’s driveway for around 14 minutes, the transporter had just pulled away when they arrived. His friend, Susan barely had time to decorate the car with white flowers. The plan was to tell Jenny he had a complaint from his listing across the street. His ruse was the need to calm them down.

As they passed her house, she saw it sitting outside in the driveway. That is not an unusual sight, to see a classic car at Susan’s house. Jenny sees the red Mustang decorated with all these flowers. Not yet realizing, Jenny asked him “why is my dad sitting over there?”

As they pull up, Justin tells her, “it’s your car.”

Justin says she absolutely lost it. She was shaking she was so surprised. The “no way” statements were a plenty. Justin wished he recorded that, to capture her emotions in real time. But sometimes it’s better to be a part of the experience rather than record it.

Jenny absolutely lost her mind. It reminded her of her mother. It was just like what her mother had. The shaking and trembling were noticeable. Once she calmed down as they sit there, then she said, “oh good, it’s automatic!” Once she realized it was an automatic, she became overwhelmingly gleeful once more.

Justin suggests they take it for a drive. Her father held out the keys to Justin, who quickly corrected him explaining, “no, those are her keys.” Justin explained, “I’ve told her a million times already, this is YOUR car, this is not OUR car. It is your car.”

It was cool, it was an awesome time. They went cruising around for a little over an hour. Justin had a custom key chain made, stating “happy anniversary” on one side and an inside joke between them on the other.

It was a major score. It is something where Jenny feels a connection. Now that she is a mom herself and driving the same kind of vehicle as hers did so many years ago. 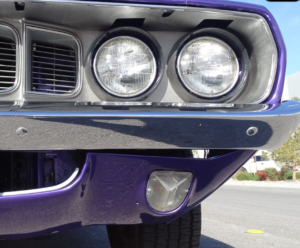 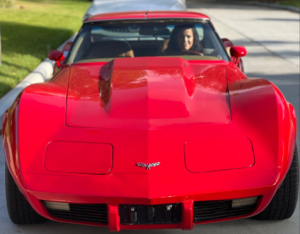 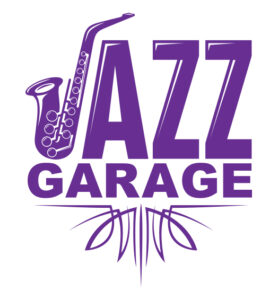 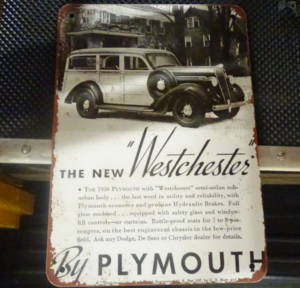 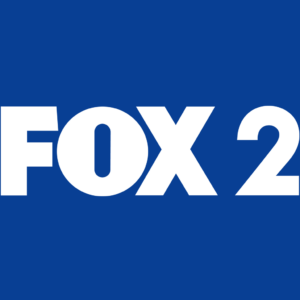 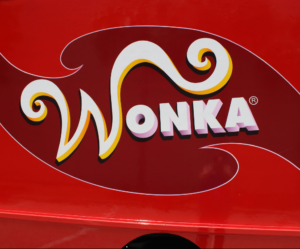