Creator of Snoopy, Charles M. Schulz once said about turning 50, “Just remember, once you’re over the hill you begin to pick up speed.” Well, at least for Tammy that higher velocity will be done with style. She knows it is important, and she wanted something special to mark her golden birthday year.

When Tammy was in her early twenties, a friend who is also an auto mechanic had a beautiful Lincoln Continental. This 1966 is a different year than her friend’s and it has the coach doors (AKA suicide doors, or kissing doors), but she remembers his being the most beautiful car she has ever seen.

Tammy professes she is not a car person. She grew up with guys who loved drag racing and had Camaros and Corvettes, but none of those ever appealed to her. However, that Lincoln Continental resonated with her for thirty years. She never forgot it and has always been fascinated by it. For nearly a year she searched for one knowing her 50th was approaching.

It became her personal goal to obtain such a car to commemorate her special day. She initially found one in the vicinity of the St. Louis showroom, so she called Kevin Webb at Hot Rod & Custom Garage, a seasoned ASE Certified Master Technician and vehicle inspector. She asked him to inspect the car she found online in the area. Tammy told Kevin she did not like its color and did not see herself as a red car type. He asked what color she wanted, because her planning to paint the car to the color she would want would add at least another ten grand to her cost.

Kevin with his vast experience knows that changing a color of a car is not a simple thing. To do so is an incredibly big undertaking and it is expensive because to do the job properly involves a huge amount of time and effort. There is far more to it than most people realize. Most are astonished by how expensive the paint is alone, but to do it properly the actual spraying of the new color is only a small part of the whole process. First, everything needs to be removed. The glass must be removed or masked perfectly, the entire interior as well as all the all the interior and exterior trim needs to be removed. Then repairs and sanding of the bodywork must be done before applying primer and undercoat. Only then is the vehicle ready for its new color, and it would require several coats of paint and finally a clear coat before it’s completed. Like we said, it’s not simple and most people are not fully aware of all that is involved.

When Tammy told him she would rather it be black, he informed her he just happened to be standing next to an all original black 1966 Lincoln Continental. He was only there to to make an alignment adjustment to its hood, and that he would get her in touch with Gateway’s St. Louis showroom to discuss. Kevin knew it is a stunning Continental convertible, a survivor with its original 462cid V8 and only 78,512 miles on its odometer.

The Sales Consultant called to inform Tammy the stars must have aligned just for her. This black beauty has only had two owners, and the original owner was the well-known Lincoln Mercury Dealer Jack Ross. Jack used this as his personal car to escort movie stars and high-end clientele from the airport or to take them on excursions to wine and dine these special guests. That the car itself and its engine was as clean and original as it was should be seen as a testament to the loving care it has received all its life.

Tammy was informed how amazing this Lincoln Continental was, and upon inspection Tammy agreed that was a truthful statement. She said it was spectacular. Tammy explained, although she has been married a couple of decades and does not participate in online dating, she understands why people use such platforms and swipe right. “I was being seduced by this car online, I had found my soulmate in car form,” she explained.

Tammy had confidence that the team at St. Louis Gateway Classic Cars was doing everything possible to make sure this dream came true for her. Although she technically bought the Lincoln sight unseen, she had the confidence in Kevin’s expertise inspection. When her baby arrived, it was a true homecoming. It was meant to be, it just felt like where she belongs.

Tammy says she loves everything about this car and finds herself going outside to simply sit in the car and admire everything about it. Everything about it is classic and puts her back in time. She looks at what cars are now and they’re just no comparison to the car she now has in her garage. Even the console and gauges, the seat leather – one of the very first things she felt the car deserved was a well-made dirty martini. Which she drank in the back seat of the car as she sat in the garage admiring everything about it.

Tammy did a little background research on its original owner – Jack Ross who was a car dealer in Scottsdale Arizona. She thinks he would really appreciate that this car landed with a woman like her. He was a very charismatic man, and she has been described by others as a bit of a high-spirited woman, or a little “spunky.” Her business is quite successful because of her charm and charisma. She shared a fun fact she discovered in her research was about Jack’s first wife. She would star alongside him in his television commercials, she was a South Carolina born lady herself. Which Tammy thought was really cool, and she felt maybe the stars aligned with Jack’s guidance. 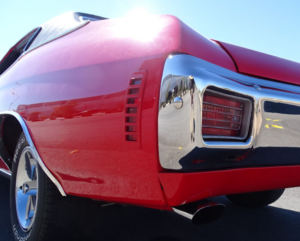 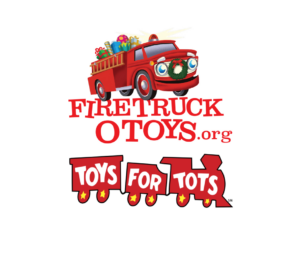 Holiday Party Was A Great Success, We Thank You All!