Roughly a decade ago, Jenny’s dad decided he wanted to collect classic cars. The inaugural car for his collection was the dream car of his youth, the 1970 Chevelle. “I bought it ten years ago,” Steve explained. “I wanted a Chevelle when I was in high school, but I could not afford one, so 40 years later I bought one.” He had a friend in high school who had a 1970 Chevelle. “I thought it was a really cool car, the style of it, the engine, the sound of it,” Steve explained.

“I’ve always loved his Chevelle,” recalls Jenny. “I thought it was so cool and I fell in love with it and its history.” And who could blame her, being Chevrolet’s entry into the muscle car battle. The Chevelle Super Sport, or SS is the signature performance option package offered on a limited number of vehicles and it is the 2nd Generation of the model. All SS models come with the distinctive “SS” markings on their exterior. Muscle car being the term for high-performance American coupes and early 1970s special editions of mass-productions of cars that were specifically designed for drag racing.

Steve bought a survivor out of Michigan unrestored, which was “in great shape with only 23K miles.” “It’s a pretty cool car, so that was my car,” he explained. “When Jenny visits, she brings the kids, and they like to ride in my cars. Jenny had the bright idea that for her 40th birthday I should buy her a car. She wanted to buy a classic car because my grandkids really like riding in them.”

Jenny adds, “last fall I just threw it out there, ‘hey for my 40th birthday would you buy me one?’ and he thought it sounded fun. The only one of his cars I am able to drive is his pace car because it is the only automatic he has. I just love it. My family and I live in Minnesota and have always wanted a fun summer car. But I’m so picky that he wanted me to find something that I really loved instead of him doing so for me.”

Steve explained, “I gave her a couple of sites to examine to see what she would find. She spent about nine months looking and sending me things.” Initially, “she was looking a couple different brands and I would say ‘you don’t want that,’ ‘you don’t want that,’ or ‘this one has possibilities.’ In fact, there was a Chevelle she was looking at that just sold – I don’t know how she got onto Chevelles because she was looking at other brands, I guess she zeroed-in on that one maybe because I have one. I think she just liked the Chevelle, and we came across one Gateway Classic Cars was selling out of Denver. She liked that one because it was an automatic. She didn’t want to learn how to drive a stick.”

When Steve was told we were under the impression he was going to give her his car, but since she did not want to drive a stick, he decided he would just buy her one of her own. To which he just laughed.

“No way. NO! I’m not giving up my car,” Steve chuckled. “I encouraged her to buy a stick because that is what they had back then. She didn’t want to learn how to drive a stick. So, she found an automatic which is unusual and probably why it took longer to find.”

Jenny explains, “this one fell in our laps and my dad made it happen within a few days. It has been fun and now that I have the car, we’ve been texting back and forth.” Steve would offer advice and guidance, “what should I do for this or what should I do here – it’s so special and turned into a bonding thing for us.”

She continues, “it became a bonding experience for my son too. Whenever we would go back to Wisconsin in the summers, or Christmas we will find my eight-year-old son out in my dad’s garage with my dad. He is teaching his grandson how to work on the cars and maintain them. Preston wants to learn how to restore such classics and his dream is to own a car dealership when he’s older.”

Jenny was quite pleased with her gift. “It was so cool. We immediately got the kids into the car and drove around with them. My son wanted to go show it off at his friend’s house. It was so exciting.”

She explained, “where I live everyone’s summer cars are Porsches and the fancy Audis or the BMWs and all of that. When we drive around town in it, some people who don’t know cars would be like ‘ugh, look at that old car,’” she chuckled. “Then you get the honks and waves from the older guys, from those who get it. It is special and we think it’s super awesome.”

Steve is happy Jenny is so happy. “The Chevelle I bought for her has a nice sound to it, it has the aluminum heads on it. It looked like it was restored very nice from the pictures.” He suggested to his daughter that she take it in and check all the fluids and make sure everything is fine with it.

Steve recalls, “Jen said the guy she took it to, who works on cars as an independent mechanic and has like four stores up in the Minneapolis area. She told me he said it was the ‘cleanest underneath of a restoration that he’s seen,’ which made her happy.”

Steve’s personal collection consists of a sixty-four-and-a-half Mustang, a 1932 Ford hot rod all original Henry Ford steel, a 1966 Corvette, and the 1970 Chevelle.

“I buy nicely done, nicely restored cars,” Steve explained. “The 66 corvette I have is a blue-ribbon winner for the National Corvette Restorers Society (NCRS) and it is gorgeous. The 32 Ford hot rod, that is all period 1930’s and early 40’s parts – it was not a kit car, rather it is all original Henry Ford parts. Same with the Mustang. It is the first year Ford made the Mustang, and it is very nicely restored.”

Upon hearing Jenny was painting a model when I called her, Steve said, “I guess they’re into it if they’re painting models now. It seems I have created monsters and will have to build another garage to house them all now.”

We were thrilled to hear Jenny’s story about her dream car. Do you have a story about a classic car? We’d love to hear about it – email us at marketing@gatewayclassiccars.com 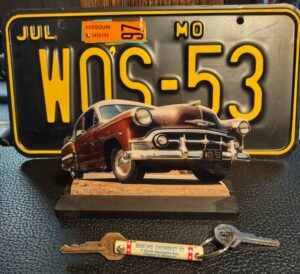 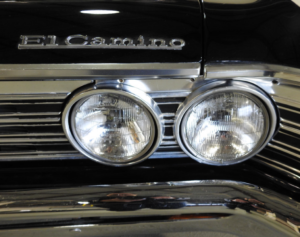 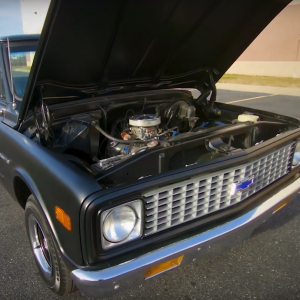 Work Praises the Man, or in This Case, the Truck 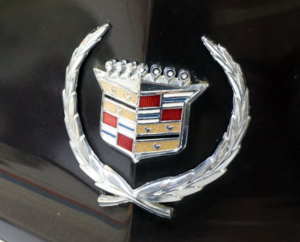