It is true that classic exotic vehicles boast power, style, and prestige. Yet, most of us have much more personal or nostalgic connections with them. Often, we remember our first vehicle as it relates to the feeling of independence, freedom, and coming of age. Or perhaps it corresponds to fond memories with friends and family members. It becomes a sense of individuality and independence as well as simultaneously a connection to others.

A person’s first car can hold a particular place in their heart and memory. Often it is a multi-sensory experience like the smell of the seats or the sound of the engine turning over. In Joe’s case it was his memories of drag racing.

Joe currently has eleven Henry Js in his collection. It all started for him in high school. Joe owned one then and drag raced it. Now that he is retired, he keeps adding to his collection.

“What drew me to Henry J was how light it was and yet it could hold and handle a big engine,” Joe explained. His first Henry J, he added a Chevy V8 engine. All the better for drag racing. The standard Chevrolet, Ford, Plymouth, and other competitors offered more interior room being larger cars, but they were also heavier. The Henry J was a full eighteen inches shorter than typical Chevrolets of the era and became a pioneering American compact car. It was designed to carry the fewest possible components and built from the fewest parts.

“I’ve worked with Gateway Classic Cars before, when I bought a different Henry J from your Dallas Showroom about a year and a half ago,” he explained. “Working with Gateway Classic Cars was so smooth. Scott Yockstick in the Denver Showroom was great and walked me through the whole car.” After seeing the video online, Joe asked Scott in sales to look at various points on the car and “he told me what I needed to know.”

Joe now has another beautiful 1953 Kaiser Henry J Course Air Sedan as part of his growing collection. “I couldn’t believe someone put all this work into it and was letting it go,” he explained. Scott’s desk was right next to the Henry J. Although he was a little sad to see it go, Scott is happy it went to a good home where someone was going to take it out and drive it like it needs.

“It’s far too gorgeous to not be driven,” Scott said. 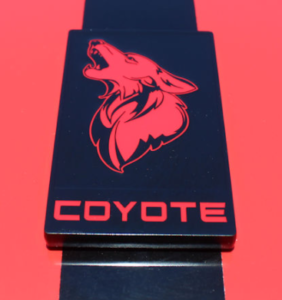 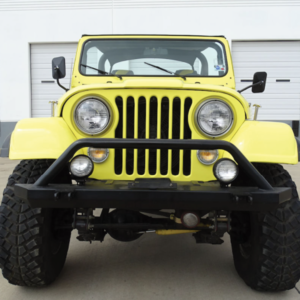 The Legacy of the Jeep Brand