Emilio is a Marine Corp Veteran. While serving, he took on the responsibility of restoring over 300 trailers that were used to haul equipment. They had been to combat, and it showed. Beaten up and given no attention until Emilio initiated the project. This was the catalyst or when he got bitten by the restoration bug.

Emilio then went to school for mechanics and then started working for Everett Morrison Motorcars on the assembly side. He built two and a half complete Cobra Kit cars. Emilio realized he was at a peak. He moved to San Antonio, TX to pursue more challenging aftermarket world experience. He wanted to stay with his passion but found little opportunity to build there. He shifted into automotive repair, working at local Harley-Davidson Dealership where he soon became a service manager.

At this time Harley-Davidson had their Screamin’ Eagle 103 engines and they were displayed on the parts counter. The owner asked him what should be done with it, if he thought they could sell them. Emilio suggested a bike be built around it.

“Who’s going to do that?” the owner asked. When Emilio said he could the owner replied, “alright, get together with the parts department and figure out what you need.” This became Emilio’s first opportunity of a full-blown build, and it got that bug biting again.

That opportunity of building a bike around the engine brought more motorcycle designs. The owner saw what he could do with using only stock parts. Emilio would take a bike that was not selling and customize them more. He would select parts, grab a bunch of sheet metal, and turn it into something different. Once completed and on the showroom floor, the bikes would sell rapidly. This continued until Harley went through the economic slump and he was part of the downsizing.

Emilio started his own full restoration shop in October of 2006, but after a few vehicles he realized it was not going as well as he wanted. The market had not yet rebounded. Also, his clientele’s emotions of what they wanted to build was not realistic. These expectations resulted in some sour apples and the near downfall for his business. As a result, Emilio downsized to just maintaining motorcycles. He told himself he would not restore another vehicle unless the right person, someone who knows and who really understands.

Emilio moved into another shop closer to home and it was having its rough spots during the off-season winter months. He needed to make enough money in half the year to carry the business through the next six months. When Emilio informed Nathan, the building’s owner, he had no plans on renewing his lease, Nathan asked him to go on a ride. Knowing Emilio built for Everett-Morrison before, he had an idea he wanted to share.

Emilio recalls, “He takes me on this ride to different buildings where he and his father’s classic cars are stored.” He continued, “each place he has guys uncovering the cars to let me see them. The main part of their collection in a brand-new airport hanger is full of all the nicer cars. Nathan then says, ‘what do you think about taking care of all of these for me?’”

Emilio started maintaining those vehicles during slower months for several years, but it wasn’t his passion. Then in late 2017 Nathan approached Emilio about building him a car. More specifically one of those factory five roadsters. Upon completing that project, Nathan asked if Emilio would like to build another, this time a 35 Hot Rod truck.

“That’s my language,” Emilio explains. “I like cars, but I really love the old trucks, especially the early classic trucks,” he expounded. Thus, Nathan became Emilio’s investor telling him, “You pick what you want, and I’ll invest in you doing the build.”

Emilio researched trucks. Nathan mentioned how much he liked GTM Supercars and that they should do one of those too. To clarify, Emilio asked if that meant he should order three kits in total. He was given the go-ahead to do just that. “It was like Christmas,” he recalled.

Building them is one thing but selling them is entirely different. Nathan already had a wholesale dealer’s license, but he clarified having a showroom to display and sell the cars would become too costly in both Emilio’s time and general overhead. Emilio’s next thought was auctions. Once he started calculating the cost of transporting the vehicles, the entry fees, and factoring in overnight hotel stays, he realized it too would be less cost-effective. Nathan then suggested Emilio find somebody that could house them in a showroom and sell them on their behalf.

Nathan’s goal was to consolidate and downsize. Having around thirty cars in that price range, Nathan wanted to downsize to five or six cars in the $250K range. Emilio knew the Houston and Dallas area would be better markets and researching further he stumbled upon Gateway Classic Cars of Houston and a couple other places. He settled on Gateway Classic Cars because the other places just did not have the right vibe. With Gateway’s nationwide network of showrooms, they attract a global buying audience. Every vehicle with Gateway Classic Cars is advertised with 100+ HD photos and video. Millions of people visit the site each month looking for their dream car. Emilio’s search for a partner was complete.

I gave Gateway a call,” he explained. “The same vibe I felt from the website is the same vibe I got when I spoke to anyone with Gateway Classic Cars,” Emilio recalls. “It was all positive and I felt it was the right way. I got back with Nathan to tell him I found a place. He said to send the Cobra first.”

Emilio loaded the trailer and hauled the black and gold Factory Five 1965 Shelby Cobra replica to the Houston Showroom personally. He wanted to see the place for himself and meet the people there, to check if the vibe in person was as he experienced over the phone. This was his first meeting with Duke Montross, the Sales Consultant for the Houston showroom.

Emilio felt the personal and professional experience that he had hoped. Happy with his decision, he left the 2007 Factory Five Mark III. It sold in less than thirty days. Their litmus test went so well, Emilio quickly hauled the 1991 Jaguar to the Houston showroom. It didn’t last forty-five days.

Currently the Houston Showroom also has a 1965 Ford Mustang and a 2020 Factory Five Cobra of theirs. Emilio says he has several others he is in the process of building. He has been texting Duke pictures and keeping him updated on the progress. When Duke found out that he would need to wait for the vehicles to be ready for sale, he said to Emilio, “man, you’re just teasing me.”

We know that is not Emilio’s intention. Like us, he is just excited to have such a great and respectful working relationship. Eagerly awaiting Emilio’s next vehicles, Gateway Classic Cars sells and consigns hundreds of vehicles each month. If you have a classic or exotic vehicle that you are interested in selling, contact us here! 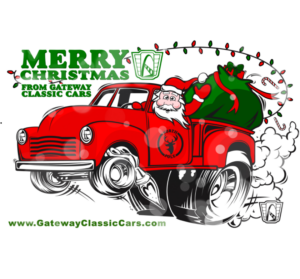 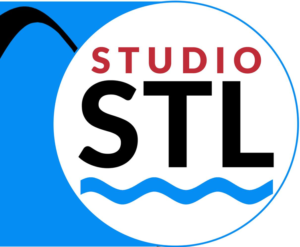 As Seen on Fox2’s ‘Studio STL’ with Chelsea – Our Spookiest Annual Event is this Saturday! 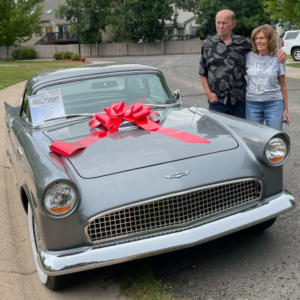 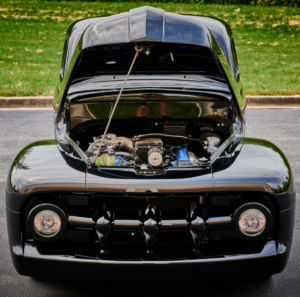