Have you ever wanted to own a real piece of sports car history? Well, now is your chance. Gateway Classic Cars has a 1986 “slantnose” or “flatnose” Porsche 911 in their Atlanta showroom! Now, you may be wondering, “I can get an old 911 anywhere, what’s so special about this Porsche 911?” This is not any old Porsche! In fact, what you are staring at is one of the rarest Porsches ever produced! But before we dive into that, let us start at the beginning of this car’s history.

What is a “slantnose” and why were they made? The Slantnose Porsche got its start not as a 930 model but was developed as a road-legal version of the 935 race car. This racing modified version of the Porsche 911 had done away with the classic bug eyes and replaced the front of the car with a much steeper nose that was dubbed the “Flachbau,” which means “flatnose” in German. The “Slantnose” name was later adopted as well. The 935 race car made quite a name for itself and rose to a certain level of fame in the world of racing.

This notability drove Kremer Racing, a small company, to produce body kits that allowed Porsche 911 930 owners to convert their 930 into a car with a flat nose like the 935 race car. Popularity grew and soon Porsche began offering customers to order custom 930 models with 935 flat noses. In these models, the bug-eye head lamps were replaced with pop-up head lights and the hood became much more slanted, just like in the 935. These models were hand built and almost fully custom and because of that, not too many of these 930s were built.

It is estimated only 948 were ever built and of those 948, only 160 ever made it to the United States. This car is extremely rare to begin with and even more so in the states. However, its rarity is not the only thing that makes it so desired. The newer hood top also got some upgraded specs!

The 1986 Porsche 911 930 “Flachbau”  had some upgraded stats when compared to the regular 1986 Porsche 911 930 model. It was fitted with the same 3.3 L, Turbocharged, Air Cooled Flat-6 engine that the standard model but these ‘Flat-Nose’ versions also got a WLS Performance Kit that enhanced production. This stepped horsepower up to 325 and meant that this car was quite a bit quicker than the standard.

The car also has a few other cool features that are a little bit less performance related. As you can see, the car itself is a widebody and has much bigger fender flairs! It also has bigger tires and its chrome rims perfectly match the white paint coat on this car. In addition, this car has the classic Porsche rear lights with ‘Porsche’ written out in the middle. Those rear lights are some of the coolest of all time!

We are confident you are intrigued by this car, as any true petrol head would be. You can find out more by checking out the listing on the Gateway Classic Cars website! Considering the rarity of this car, it is quite a find! Thank you all for checking out the Gateway Classic Cars News Blog! If you enjoyed this article, consider sharing it with a friend or bookmarking our site to check back another time! 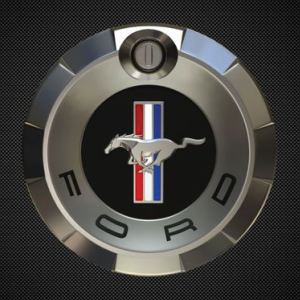 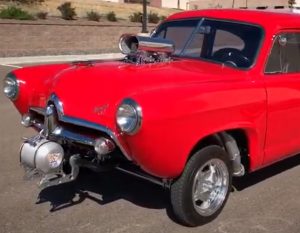 Love Grows Stronger for the Small but Mighty Henry J 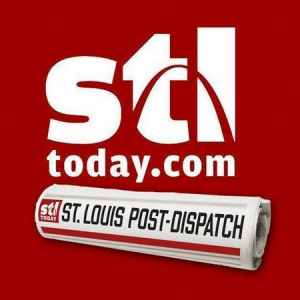