BMW’s M series began when they took the M88/3 six-cylinder engine and placed it on the E24 chassis. This modified version of the M88/1 engine combined with the E24 chassis created the M635CSi, otherwise known as the M6 in North America. The first generation of BMW’s 6 Series grand touring sports coupe was produced from 1985-1989. The model was introduced at the Frankfurt Motor Show in 1983 and is the first in the line of M6 models.

The BMW 635CSi is a beautifully designed coupe and a highly sought-after model. Its aesthetics of sportiness combined with classic elegance are unmistakable. Its handsome long sloping hood and double-kidney front grilles creating a “shark nose” styling, make it an excellent blend of racy lines and understated elegance. It was the top of the BMW line with such styling, its luxury equipment, and its performance with a top speed of 158mph.

BMW sport coupes have a reputation for style and luxury matched with high performance and technology. It is powered by a 215 hp version of the BMW M88/3 straight-six, water-cooled engine. The Euro-spec model produced about 40 more horsepower than the U.S. model because it didn’t have a catalytic converter. The current owner loved the car’s excellent road holding and its ability to cruise comfortably at more than 100 miles per hour.

The current owner was also the original owner, once more retaining possession in a boomerang turn of events. In 1982, Bob was an Army Major assigned to the Supreme Headquarters Allied Powers Europe (SHAPE) in Casteau, Belgium, near the city of Mons. After that assignment, he was assigned to the U. S. Embassy, and then NATO headquarters, both in Brussels. One of the first things he did was venture downtown to a local BMW dealer where he saw the 635CSi.

Bob ordered one immediately. He ordered a European-specification 1983 635CSi. It is not officially classified as a M635CSi, although it did come with some M-style colors and badging from the factory. This EURO spec car was ordered with HARTGE performance headers that boosted the horsepower to about 240 vs only 182 for a US spec 635CSi with catalytic converters. His car was also ordered with English instrumentation from the BMW factory, and as a result his name is stamped permanently on the vehicle identification plate. Bob took possession of the car in July 1984.

At that time, the U.S. dollar was at an all-time high against the European currencies. Another bonus was his ability to purchase of the vehicle was tax free because of his assignment at SHAPE. Therefore, Bob paid 1.3 million Belgian Francs for his car. Which translated to a little less than $20K and they were selling in the continental US for well over $30K, making it a no brainer of a purchase.

In 1988 Bob was assigned to the Army War College in Carlisle, PA and brought this 635CSi back to the states. He had it for over seven years in Belgium, meaning it qualified for an EPA waiver exempting the car from the emissions standards of the day. With the catalytic converter being waived, it meant the additional horsepower and Euro-spec model was kept intact. Bob only had to strengthen the bumpers and doors to meet government requirements once the vehicle arrived in the states.

Now back in the states Bob had two BMW vehicles. One of course being the fun car, the 635CSi coupe and the other he bought before his assignment overseas, a BMW 4-door 5 Series Sedan (525 Sedan). A short time after arriving in Pennsylvania Bob met Terri, and 10 months later they were married. Bob’s new wife is not a car person, and she did not know how to drive a stick, nor did she have any desire to learn. As a result, Bob decided to sell the 635CSi coupe for something more practical and better suited for daily driving.

Bob hoped to sell the car to someone who would appreciate it. He sold his car to Wayne in Maryland in 1991 for roughly $2K more than he paid for it. Although it did not make much sense to hold onto it, Bob immediately regretted the decision. “I used to have nightmares about it sitting in a boneyard somewhere,” he explained.

Bob’s fears were laid to rest with a single phone call in the summer of 2011. Dr. Owens was a collector and the third owner of this 635CSi coupe. He was looking to sell it to make way for another car for his collection. He noticed Bob’s name on the vehicle data plate inside the driver’s door as the importer of the car to the states. With a little research he found Bob’s contact information and called his home number.

Bob was not difficult to find, since he has written several books and articles and his name is not a common one like Smith or Adams. Thus, Bob’s wife answered a phone call from Dr. Owens who explained he has had the vehicle in his collection since 1996 and wondered if Bob would like to possess it once more. “My wife admitted she debated even telling me about,” Bob recalled laughing.

Obviously, Terri did relay the message. When Bob spoke to Dr. Owens, he learned those Bob initially sold his car to were BMW aficionados who did not drive it much. They also showed it at various auto club shows winning several awards back in Pennsylvania. Both Dr. Owens and the previous owners kept the car maintained and cared for to the same standard as he did as its original owner. Dr. Owens shared where he had the vehicle serviced. Bob called the service manager there and was happy to be able to discuss the vehicle with him directly, making him feel more comfortable about buying it back.

By the time Bob had possession once again it had only 87,236 miles and needed only a little TLC. He brought it back to the quality standards he likes in an automobile. Bob tinted the windows, he had all the components pulled apart and installed new seals, he replaced its EMC-Power Relay among other things, and had the front spoiler repainted. Spending roughly $10K into the vehicle getting it squared away, Bob was able to enjoy the vehicle once more.

It brought back memories their time together in Belgium. Like when he pushed its limits on the Autobahn. Back then the speed limit in the states was only 55mph so Bob took advantage of the lack of limits on the Autobahn. He tells many about the experience and recalls the speedometer topped out at 160 mph. He said all the dash lines looked straight, “it looked like a solid line I was going so fast,” he explained. At this moment of exhilaration, Bob noticed in his rearview mirror someone blinking their headlights as a sign for him to move over, so he moved over and got passed by a Ferrari. He explained it was like he was parked on the side of the road as the Ferrari passed him. Bob described it as a humbling experience, and said he slowed a little afterward.

Bob has had several vehicles in his life but likes BMW the best. He has owned five different BMWs over the years and loves their performance and styling. In fact, he belongs to the local BMW car club in Kansas City and every year when he attends their all-German car show his 635CSi wins some award. Most recently winning “Most Outstanding BMW” in a field of 30 others in 2017.

His love is evident when one looks at the condition of this thirty-nine-year-old vehicle. Its engine still has great energy, and the car feels as solid as it did 30 years ago. The paint shines like new, and the interior is original with no cracks in the leather or the dash. Everything is superb. Only issue is the radio does not work, but Bob never minded. “I want to listen to the engine,” Bob explains, “I don’t want to listen to the radio.”

This 1984 635CSi is a beautiful example and has been extremely well cared for throughout its entire life. Bob hates to get rid of it, but he no longer has the space for her. He also recognizes he does not have the time or ability to give her the care she needs, and thinks it is best for her to belong to someone who does.

If you would like to learn more about this 1984 EURO spec BMW 635CSi, please contact our team in the Kansas City Showroom. 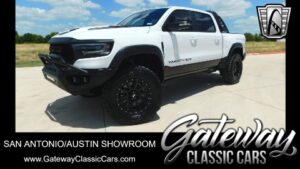